Prepaid credit cards: the gift that keeps on taking 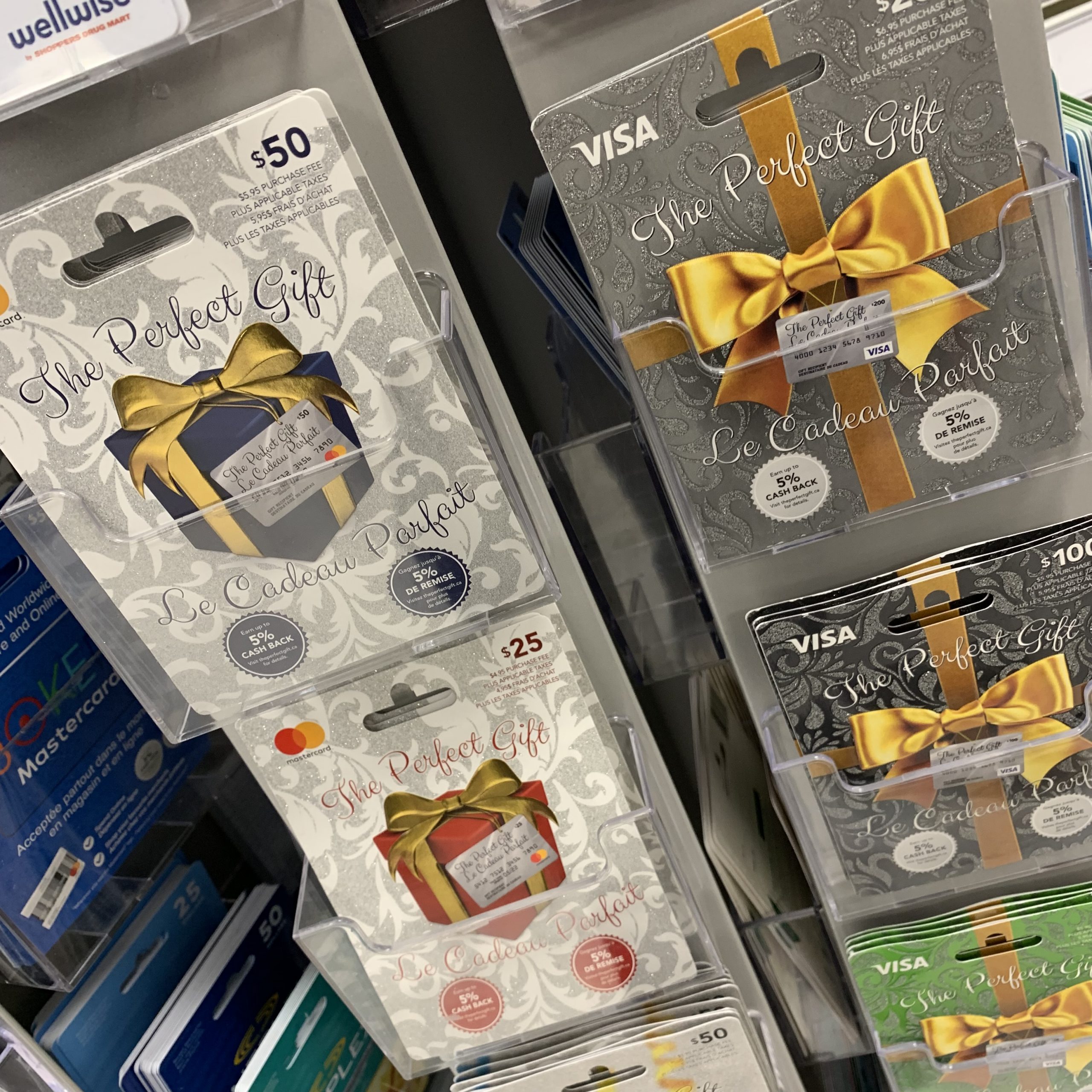 Prepaid credit cards: the gift that keeps on taking

With the holidays behind you, now is a good time to take stock of the gifts you’ve received.

Ontario has regulated gift card fees for over a decade now. Since May 2014, however, prepaid credit cards have been regulated by the federal government, instead.

It’s important to know your rights when you receive a gift card: you might lose some or all of the card’s value through fees if you’re waiting for the perfect chance to use it.

As CBC News reports, this happened to Najme Farahani. In March 2018, she received $175 in prepaid credit cards for her baby shower. Each card had an expiry date on the front. But because the expiry dates were in the distant future, she held off on using them. She tried to use the cards in December 2019, only to discover that the supplier, Peoples Trust Company, whittled the cards’ value down to almost nothing. She did not know that, a year after their purchase, Peoples Trust started deducting $3 per month from each card.

Under Ontario law, gift cards are generally not allowed to expire, and there are strict limits on when suppliers can charge fees and how much.

A few types of cards are not covered by these rules:

When you purchase a gift card, it’s important to know what fees are allowed. It’s legal to charge fees for purchasing/activating or reloading a gift card only if the gift card can be used at multiple unaffiliated stores. This is why, for example, Tim Horton’s does not charge an activation fee for the purchase of its gift cards, but mall cards do. With either type of gift card, suppliers are allowed to charge a fee for the replacement of a lost card, or a fee for customizing the card.

With mall cards (and other cards that can be used at unaffiliated stores), the maximum activation or purchase fee is $1.50. The supplier can charge a monthly dormancy fee; however, the fee cannot exceed $2.50, and the supplier cannot start charging the fee until 15 months after the card has been purchased. In the 15th month, a cardholder can request a short extension during which the monthly fee will not be collected.

These fees need to be disclosed on the card itself, otherwise the fees are illegal. Read more about Ontario’s gift card rules here.

Prepaid credit cards aren’t really credit cards. You pay up-front for the value loaded on the card, and there is usually an activation fee. They are often marketed as a good because the recipient can use them as cash. Unlike cash, however, the cards cost more than they’re worth and they lose their value more quickly.

Under federal law, the funds on prepaid cards cannot expire, unless they are promotional cards. The card itself, however, can expire. The supplier can also charge activation fees and (starting 12 months after activation) monthly fees. The federal rules are far less strict than Ontario’s regulations. Still, the supplier must disclose all of its fees.

Note, even if your prepaid credit card expires, you can request to transfer any remaining value to a new card. Unfortunately, suppliers can charge fees to issue new cards and transfer funds.

The company that supplies the cards in the CBC story, Peoples Trust Company, is the defendant in class action litigation in Ontario and elsewhere. In the interests of full disclosure, I act for the plaintiffs in the Ontario case, which concerns Peoples Trust’s practices before the federal rules came into effect.

In the Ontario case, the court decided that, before May 2014, Ontario regulations applied to Peoples Trust’s non-reloadable cards. According to the decision, between November 29, 2011 and April 30, 2014, Peoples Trust’s took more than $15.3 million from Ontario consumers, in illegal fees and expired funds. The court ordered Peoples’ to repay the money to the class, and to pay $1.5 million in punitive damages. The decision, which you can read here, is under appeal.